GIRL POWER: the role of women in the energy transition 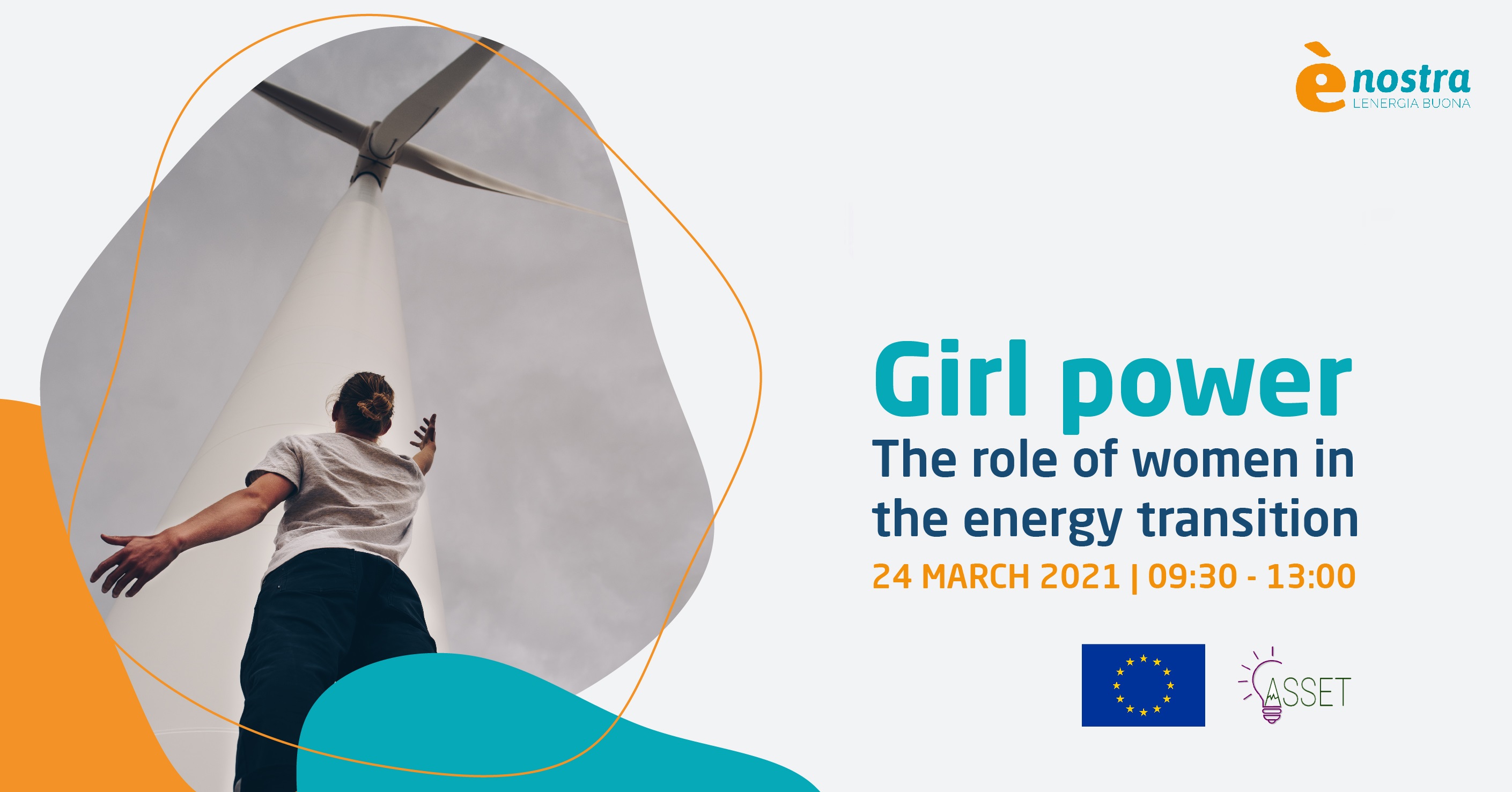 This succesful event went smoothly and lots of insightful comments and opinions were received and shared.

Now, we leave the set of presentations of the speakers hosted to your entertainment.

As clearly emerges from the statistics published by different international organization, the percentage of women employed in the energy sector at EU level is still very low (22% in comparison to 78% of men). In the renewable energy field, the ratio women/men is a bit higher (32% of women in comparison with 68% of men) (source), but still unbalanced, and anyway women hold less qualified and less paid positions compared to men's positions (EIGE, 2012 ; Pearl‐Martinez, 2015; Sustainlabour, 2013).

A wider involvement of women in the energy sector is desirable from different perspectives: to increase women's job opportunities, to fight energy poverty, to build a more inclusive social and economic model.

In November 2020, ènostra asked to its members to answer to a questionnaire aimed at analysing the role of women in renewable energy cooperatives. Indeed, energy cooperatives are built upon an intrinsically democratic and inclusive model, and thus can play an important role to foster the female contribution to the energy transition.

The survey was realized in collaboration with a research team of the Department of Social and Political Sciences of the University of Milan (composed by Prof. Cinzia Meraviglia and PhD student Aurore Dudka) and now we are ready to present the results!

But the event will represent also an opportunity to discuss the role of women in the energy transition from different points of view: are EU energy policies sufficiently inclusive? Is it appropriate to address gender consideration from a numerical point of view? Do energy communities represent a virtuous model? And talking about education and training, that are the core of the ASSET project, which are the limitations and which are the opportunities?